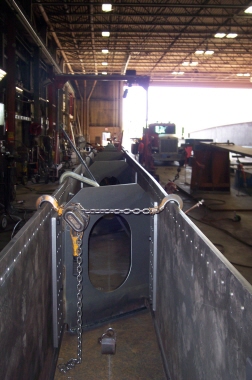 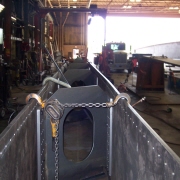 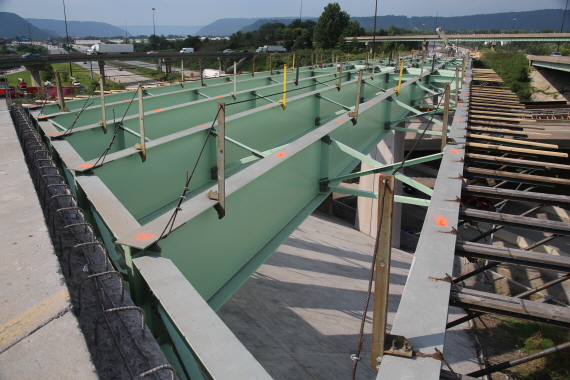 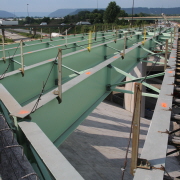 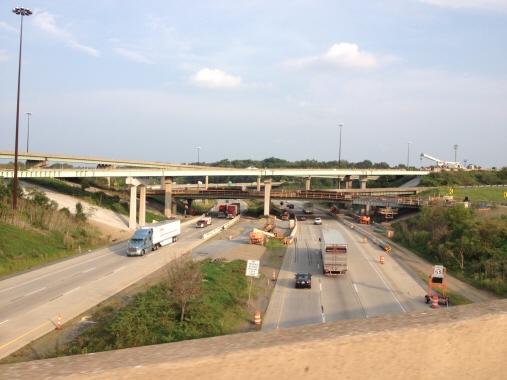 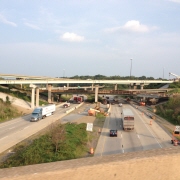 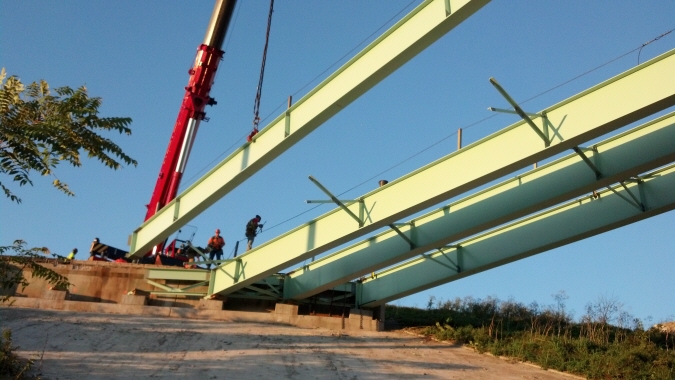 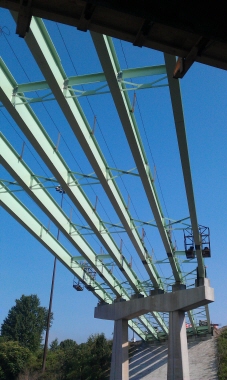 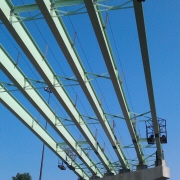 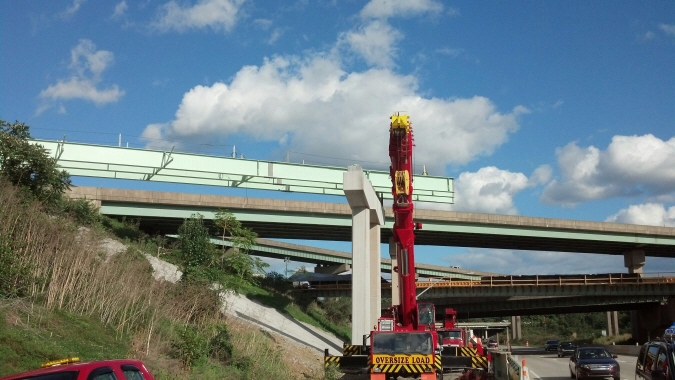 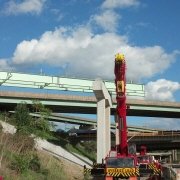 On May 9th in 2013, a tanker truck crashed on a ramp beneath the Route 22/322 overpass at the massive I-81 interchange near Harrisburg, PA. The resulting fire damaged the bridge, which required emergency replacement.

On May 23rd, High Steel was awarded a fast-track contract by PennDOT to fabricate the replacement steel for the project. Steel was ordered that same day and arrived from the mill 11 days later. Fabrication on the 365-ton project began immediately, and steel delivery began on August 9th. The project's general contractor, G.A. & F.C. Wagman, awarded High Structural Erectors the subcontract to erect the steel for the new bridge. Erection of the 30 I-girders and two box girders began on August 12th, and was completed August 26th. In all, 95 calendar days elapsed between notice to proceed to the completion of erection.